The new and innovative Reef Octopus Regal 200-SSS in-sump protein skimmer supplies powerful filtration for aquariums up to 400 gallons where sump space may be limited. The Reef Octopus Regal 200-SSS is constructed of high-quality cast acrylic that disassembles completely for cleaning. Its hybrid conical body naturally stabilizes and concentrates the organic rich foam as it rises. 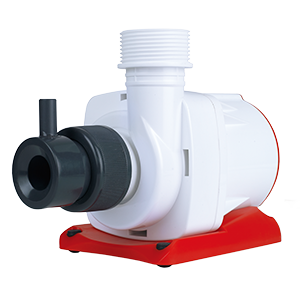 This Regal skimmer is quipped with a new generationReef Octopus controllable Direct Current VarioS 4S pinwheel skimmer pump which are the latest in variable speed flow technology and allows for refined control, enhanced performance and efficiency.The vast majority of skimmerpumps available to hobbyist are alternating current “AC”pumps (the type of power that comes out of your wall outlet). Direct currentpumps have several key advantages over traditional ACpumps. Most notably, you can control the rotational speed of the motor, thus electronically control air and water flow rates into the skimmer.Now the user can have the skimmer process more or less water just by the push of a button!!!